It’s a battle between seasoned veteran and hungry up-and-comer as two-time champion Anthony Dirrell and Kyrone Davis throw down in a 168-pound title eliminator Saturday night on FOX. 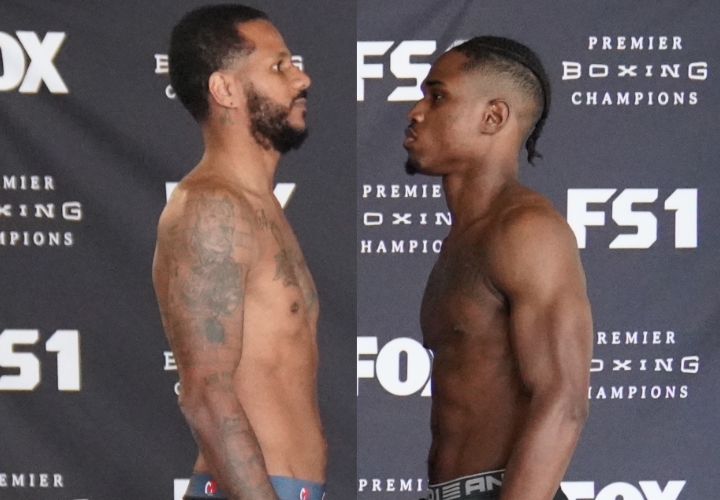 The super middleweights come back into the spotlight this Saturday as a veteran former two-time champion meets the challenge of a young and hungry newcomer in a title eliminator clash.

On the televised undercard, a pair of welterweight teenage sensations is featured as 19-year-old phenom Jesus Ramos battles Jesus Bojorquez in a 10-round contest and 18-year-old prospect Vito Mielnicki, Jr. meets Noe Lopez in an eight-round bout.

Anthony Dirrell’s story is one of overcoming obstacles. Diagnosed with non-Hodgkin’s lymphoma in 2006, Dirrell persevered through rounds of debilitating chemotherapy to make his ring return just two years later. Then, in 2012, he suffered through a career-threatening motorcycle accident that shattered his leg and wrist. Two years after that setback, he would win the WBC super middleweight title from Sakio Bika.

“The Dog” lost the title in his first defense against Badou Jack but would go on a subsequent 6-0 run that ended with him beating Avni Yildirim for the vacant WBC super middleweight title in February of 2019.

His latest setback is a title-losing KO loss at the hands of David Benavidez in September of 2019. It was the kind of tough defeat for a veteran fighter in his mid-30’s that makes one question whether the end of the line has come.

But the Flint, Michigan native is all about tenacity and is now once again, at 36, just one win away from a title shot and having a presence in a top-heavy 168-pound class that includes names such as Saul “Canelo” Alvarez, David Benavidez, and Caleb Plant.

For Kyrone Davis, the road to stardom is just beginning.

The 26-year-old originally from Monmouth, N.J., but now proudly representing Wilmington, DE, is a three-time national champ and was an alternate in the 2016 Olympic games. His pro career, however, has flown a bit under the radar.

Wins over the then-undefeated Marcos Hernandez and once-defeated Carlos Ozan have been offset by losses against Junior Castillo and Patrick Day. 2-0 since the Day loss in 2018, Davis will be moving from his comfort weight zone of 154-160 to 168 but insists that the move up won’t affect his ability to wage war.

The winner of this contest moves into the title mix in the deep and talented 168-pound division. The loser may find himself out of the big-money, big-opportunity mix indefinitely.